Why A Photo Booth Works 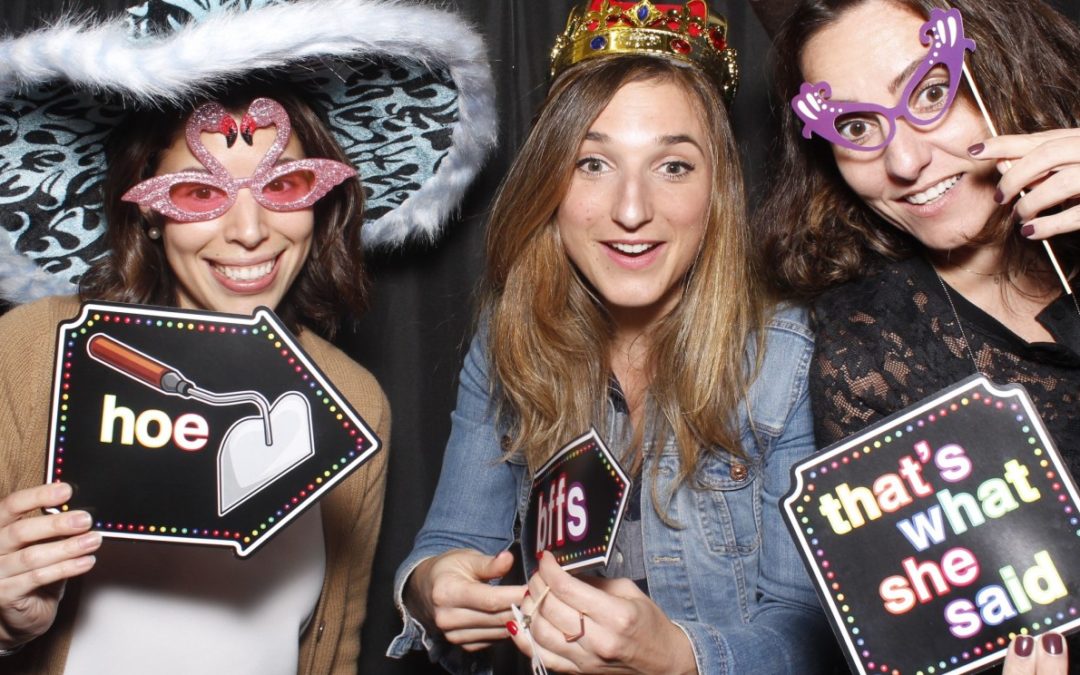 If you’ve been considering a photo booth at your wedding and wasn’t sure if it’s a good idea… it is. It’s trendy, fun and a good value. As a cruise director for Royal Caribbean Cruise Line, I had an opportunity to observe people in a celebratory environment and was particularly tuned to what they enjoyed and how they reacted to entertainment as a group. After 3 years running a photo booth company, I am still amazed at the way people react to a photo booth at a wedding. I started to ask why!

When I first heard the idea, it sounded stupid, until I saw it with my own eyes. Sure enough, this old idea, which we would casually pass up with hardly a second glance at the mall, is breathing new life into wedding entertainment. When people get in the booth together, a spark ignites, the child within them comes out and they play behind the curtain, seeing how silly they can make the photos and laughing the entire time. It’s clear to me that photo booths are the new “chocolate fountain”, that is to say, a new staple of entertainment at weddings and parties.

So why is it that while every person there has a phone with a camera in it, they line up to play in the photo booth?

UNFAMILIAR ENVIRONMENT: On cruise ships, people were more childlike and open to silliness because they were out of their element. They looked to us (The Crew) for cues on how to act. When we showed them it was OK to be playful, they felt free to be silly and had a blast, moving out of their usual roles. A photo booth works much the same way.

NOSTALGIA: Everyone has been in a photo booth as a kid and being in one as an adult brings you back to your childhood. Older folks may not have been in one for 50 years and stepping inside is like stepping back in time.

PRIVACY: It is something like a game of peek-a-boo! We know we are going to show our photos to everyone, there may even be an external monitor, yet when that curtain closes we feel we have the privacy to loosen up, distort our faces and pop out laughing! Then we show them our 4 frozen moments of goofiness!

SPACE: No matter the size of the booth, you have to get close to others, breaking down our usual social barriers as we suspend our personal boundaries. This is exhilarating in itself but it also means the usual rules of conduct don’t apply and we let ourselves “play” and interact with the booth and the people we are with. It’s fun.

MEMORIES: The photo booth captures people who might not normally be photographed together. What a wedding photographer captures is quite different from what a photo booth captures. Strange pairings of people who might only be together at your event are preserved forever. This could include family members mixing with college friends from the opposite coast, children with great-grandparents, and best buddies who have never met until now. It gives them something to do together, an experience to share.

ENTERTAINMENT: Most importantly, a photo booth works at a party because it is a source of entertainment. For all of the reasons above, it is very entertaining. It’s less about the photos and more about the experience you have while you are in the booth. You squeeze, you giggle, pose and mug your faces, use props and get creative! Not everyone enjoys the dance floor, but everyone has a face!

Old and young, rich and poor, across race and religion, everyone has fun in the photo booth. Once you unleash your version of the “Roger Rabbit” on the dance floor, there’s no editorial control (yikes!), but if you don’t like your photos, you don’t have to show anyone and you have the option to go again. Plus, each guest goes home with a wedding favor which reminds them how much fun they had at your wedding!

So, a photo booth serves 3 main functions for one price: entertainment, memories, and favors. That’s pretty good value for your dollar. Photo booths at weddings is still a very fresh idea which is always favorable with today’s bride who is looking for unique ways to entertain their guests. Every bride wants her reception to be memorable. Having a photo booth at your wedding reception will be something people enjoy and remember.